In our previous post, we had discussed the scalable infrastructure, and PAAS offered by IBM Cloud to scale startups, organizations, and enterprises. IBM Cloud’s Watson Studio also offers automated Machine Learning (ML) capabilities to accelerate the model building and feature engineering capabilities of organizations ranging from early-stage startups to enterprises.

In the fast-paced world, startups and tech industries are in search of bringing ML capabilities that could drive productivity and automate the mundane processes, that data scientists face day-to-day. The usual lifecycle of an ML workflow is as follows: 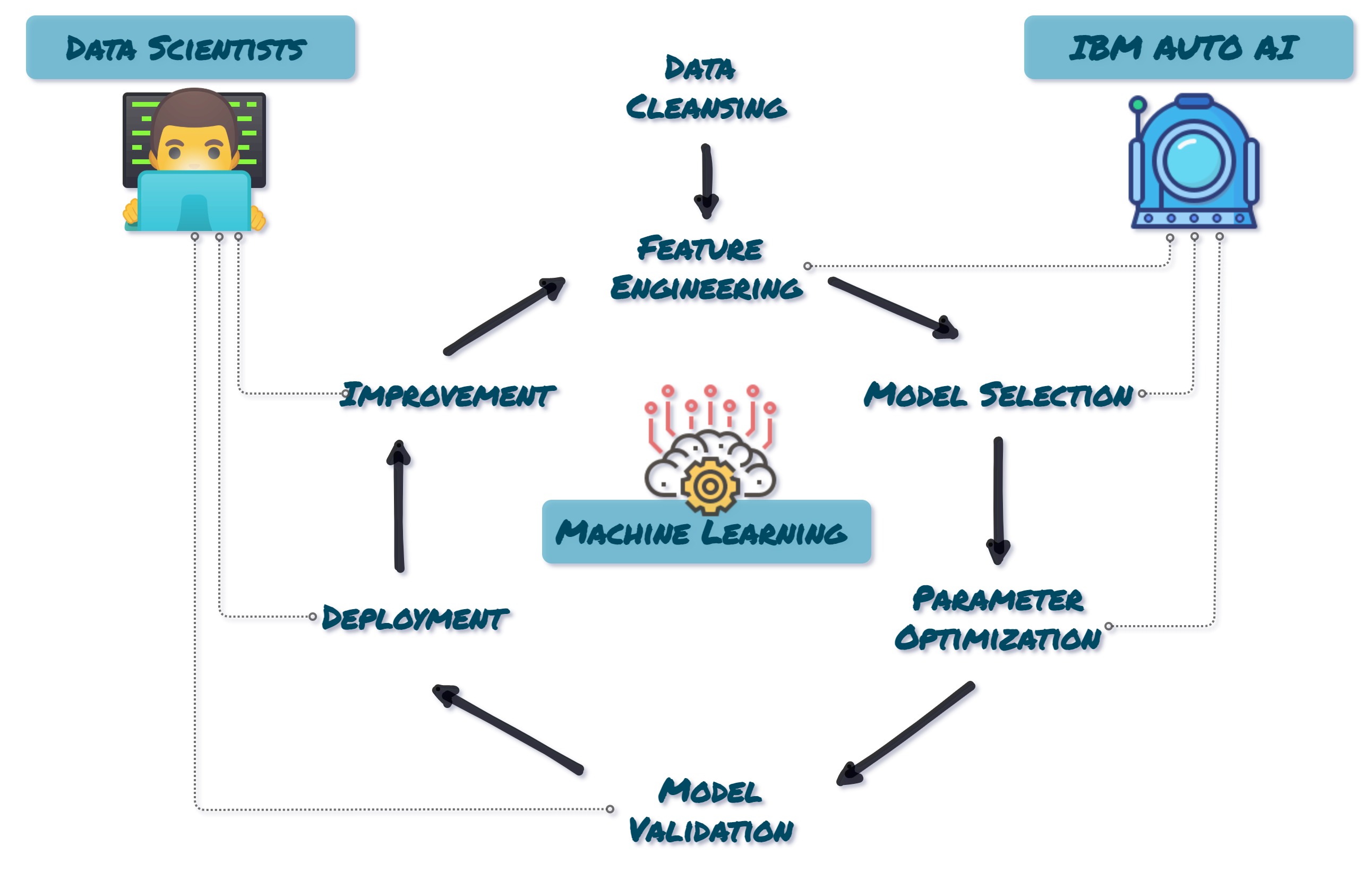 Typically, the data scientists take care of the whole ML lifecycle and it takes weeks to find the perfect selection of features, tuning the parameters, and performing the trial and errors on testing different algorithms. IBM’s AutoAI experiments take part of the workload where most of the time of the data scientist is spent, which includes: feature engineering, model selection, and parameter optimization. 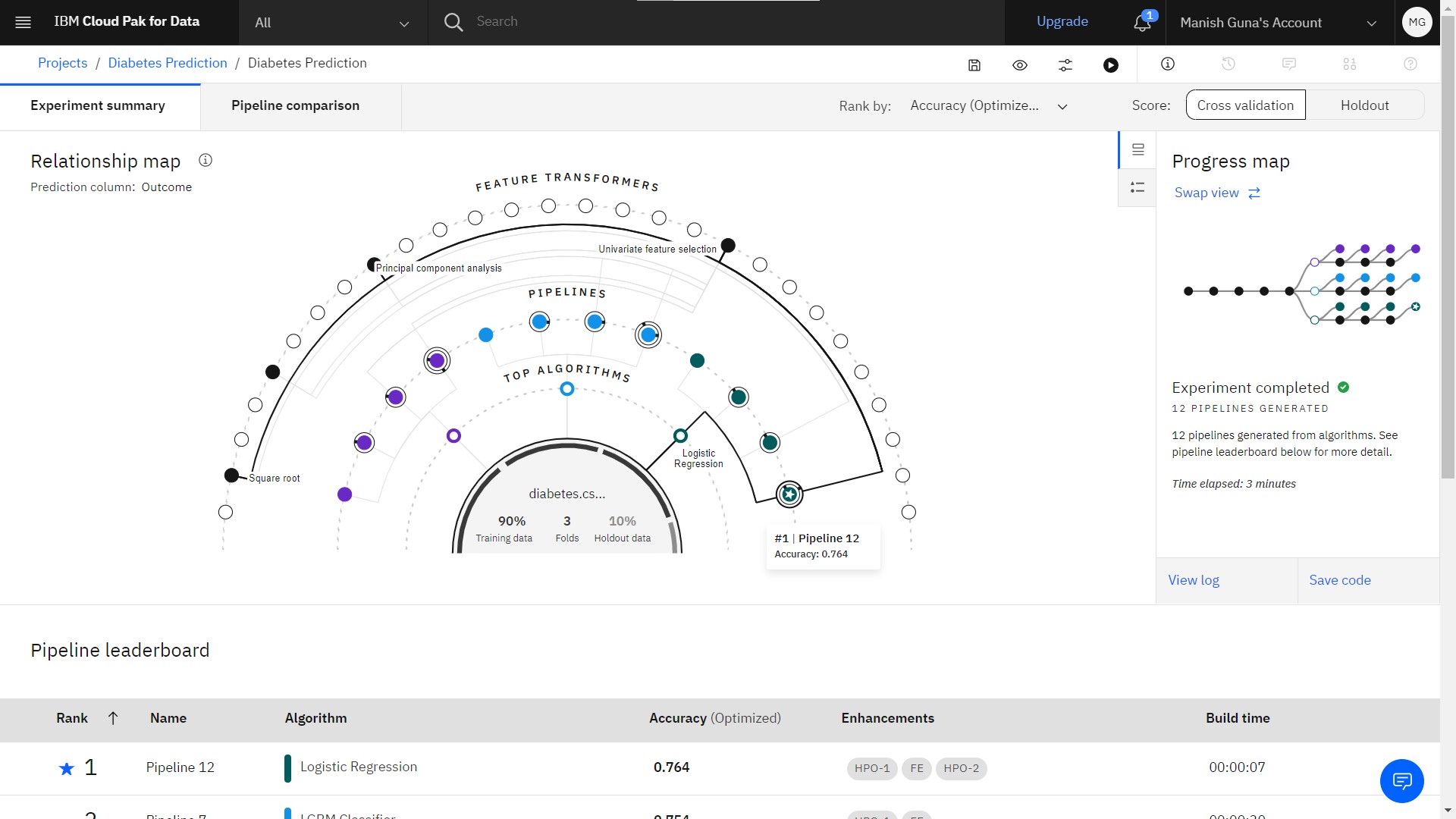 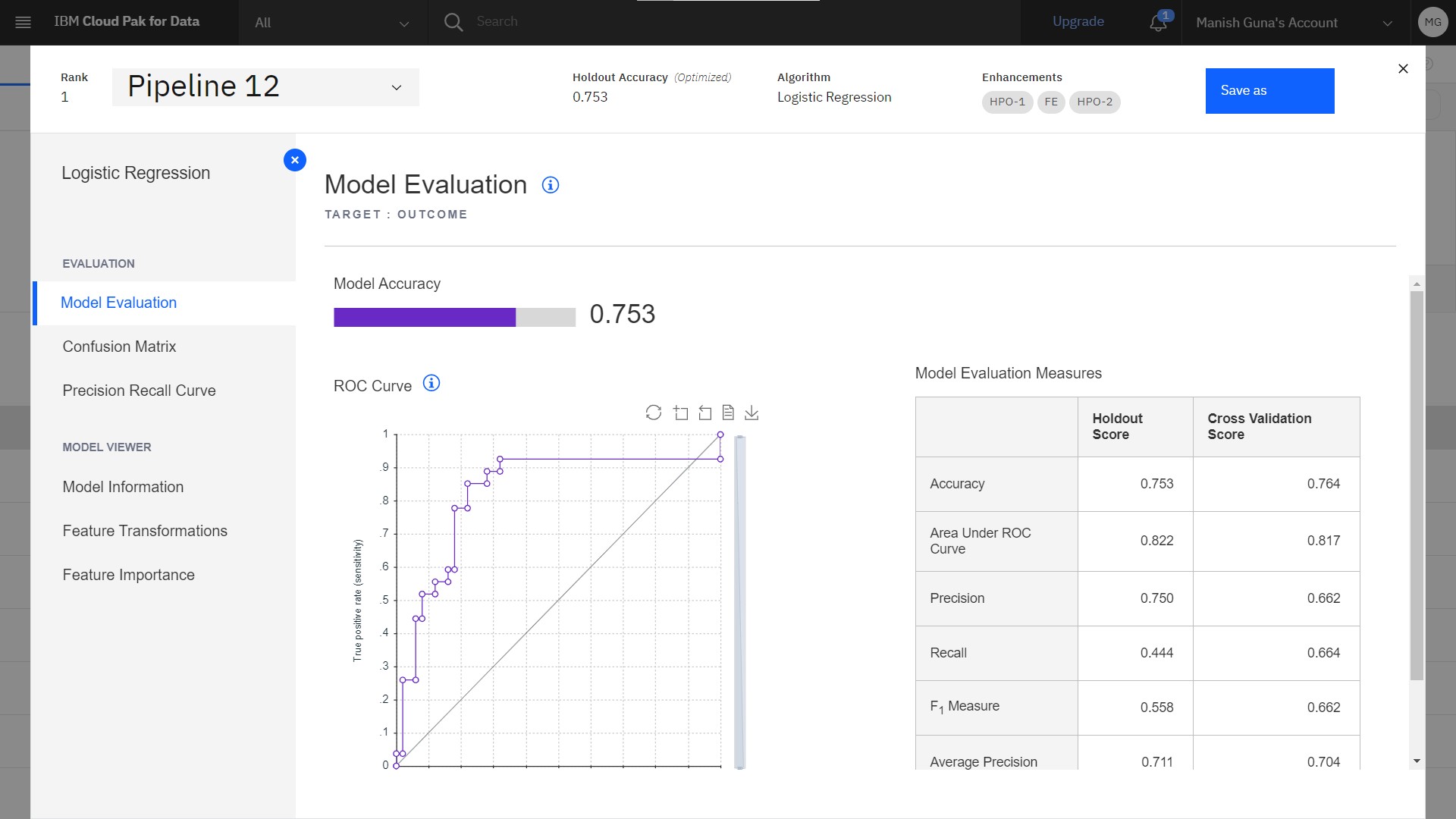 AutoAI also has the functionality to export the complete pipeline to a python notebook, where the data scientists can play around with the parameters and incorporate further more optimizations to the predicted model.

Auto AI, with it’s target deployment spaces can help the data scientists deploy their models under minutes to a fully functional and scalable REST API. The developers can simply use these end-points to build a fully scalable app like the one shown below:

👉 Click here to learn how to deploy the web app 👈

In the following video, we explain how to set up an AutoAI experiment to predict the onset of diabetes. You can also get your free account and access to IBM Cloud by following the steps mentioned here.

As you can see, setting up an AI experiment and deploying the model as an API is a breeze, thanks to IBM Watson’s AutoAI. Imagine what a data scientist could achieve with a tool like this, that tests all these algorithms in a few minutes, rather than several weeks. Let us know what you think about AutoAI in the comments below.